Mechanically Inclined A thoughtful and personal exploration of games

As you can tell from my scientifically derived title, I’ve come up with a rather rudimentary scale for action games that shows a spectrum of difficulty for me. If I may, allow me to define a few things first, and then the scale.

So, the action category contains a wide variety of games. Just looking at the Steam Store, I can see: Scrolling Shooters, First Person Shooters, Third Person Shooters, Action/Adventures, and even some Role-Playing Games. I mean, case in point, on Steam right now are 22 single-player games with a metascore of 90 and above AND are under $20. Here’s that list:

Now, ignoring iterations on the same game (because there’s not exactly an appreciable play difference between some games and their sequels) we’re seeing a few different types defined as action. You have your third person shooters in Splinter Cell, first person shooters in UT, Quake, BioShock, and a few others, there’s the sandbox third person shooter/RPG in Grand Theft Auto, a platform beat-em-up in Street Fighter IV, and… I don’t know enough to say anything about The Longest Journey, but I do know the graphics look a bit funky (it was released in 2000, so I don’t really know).

So, I made that list to make another list… here’s my spectrum of action games that I find fun, interesting, and captivating all in order of the difficulty it provides for me:

These four games/series share many common mechanics and are all third-person with varying levels of environmental navigation, puzzle solving and so forth. For me, I think when Mass Effect landed in my home it became akin to catnip and I never wanted to stop playing it (my first run through the original Mass Effect was so thorough that a second playthrough later that month actually put me to sleep, but ME2 didn’t have that effect on me because it was more action oriented – something that Steam doesn’t really notice and has put the original Mass Effect in the Action category, but not ME2, which is odd considering the faster pace of the game). Assassin’s Creed requires a certain level of skill and drive to complete each game and contains a variety of methods for handling every fight and navigation puzzle thrown at you. Batman is some sort of hybrid between Mass Effect and Assassin’s Creed in the way that you can navigate the world in pretty much any way you want, you can fight however you wish, and (unlike Assassin’s Creed) you can beat the game in rather quick order thanks to having a lot of free time and three days (tops).

Splinter Cell and Assassin’s Creed, being made by Ubisoft, are exceptionally similar in gameplay. Hell, if you look at Prince of Persia too, you can see all sorts of things being used between the three games. Prince of Persia aside though, Splinter Cell is a more difficult Assassin’s Creed. For one, you can’t just walk out in the open in Splinter Cell and expect to survive your stroll across the room and for another, Splinter Cell is a stealth-based game that relies on you solving puzzles through a judicious application of stealth and stealth-based kills whereas Assassin’s Creed relies on you solving puzzles by using a judicious application of terrain negotiation and any weapon that comes to hand. Further, as Batman contains stealth mechanics and the ability to track enemies, the Splinter Cell connection is obvious here.

However, I did point out that my scale was built on difficulty for me to play. Mass Effect just came easy to me. I pick up science fiction based worlds very quickly (but I’m a big fan of that sort of stuff and there isn’t a lot of really truly good sci-fi that gets made into a successful gaming franchise). Batman was one of those games where I played it on the console, didn’t do too well, ignored it for a while, then on a whim picked it up via Steam and beat the crap out of it in less than three days. Easy, but I did have some issues with certain fights and the game really did a good job of creeping me the hell out.

Assassin’s Creed games have always been difficult for me. I’ve never actually finished the original all on my own (it was too slow paced and a lot of the side quests seemed kind of frivolous to me). I have finished the second installment and I’m about halfway through Brotherhood (even though I know how it all goes and so forth). Assassin’s Creed bridges the work/play dynamic a lot. Sometimes I just suck at the “being publicly stealthy” mechanic that AC has and it frustrates me and forces me to put the game away for a few months. Likewise with Splinter Cell. SC is a case of “too much stealth” sometimes. If you screw up once, you’re done for, whereas in AC if you screw up once, you’ve got a good chance of recovering from your mistake.

I greatly appreciate the four franchises I’ve outlined above in my spectrum. They cover different periods, different genres, and take different approaches from each other (more or less) while maintaining a high sense of self/world. If I had to pick, I’d take Mass Effect any day over the others, but I’m silly that way. I’m quite happy ME3 is coming out in March (reportedly) as I dunno if a 6th playthrough of ME2 would be capable of sating me again. Further, now I’m looking forward to even more the release of Batman: Arkham City and Assassin’s Creed: Revelations. Initially, I’ll just watch my friends play those last two, but once Steam gets its paws on them (and runs a sale of sorts possibly) then I may indeed jump in.

P.S. My playthrough of Star Wars: Knights of the Old Republic continues! Considering that I’ve spent 30 hours playing it before, it’s going to be quite a few videos if I intend to finish the game and post it all online. Something like 180+ 10 minute videos. Sheesh, at least I’ll have plenty to post! Should keep me busy through the very near release of The Rise of Isengard expansion for LOTRO and the release of Star Wars: The Old Republic.

P.P.S. “Experience needs distance and what you write of at a distance tells not so much what you were like as what you have discovered since.” – David Wade

I’ve been away for a bit – Let’s Play Catch Up!

Hey folks, I know I haven’t written anything of late here, but I have good reasons!

Let me just say that Assassin’s Creed II (I played it via Steam) is hands down an improvement over the first installment in the series. That said, Brotherhood plays even better (can’t wait for the PC version to come out… I prefer the controls on the computer!). In the spirit of beating games, I dug out my copy of Mr. Robot and whipped that in a couple of days. I also picked up Recettear on Steam and beat that in a couple of days (much fun!).

Star Trek Online did a big environmental update that changed the Sector Space portion of the game into a more graphically pleasing and “natural” environment. Further, they upgraded their crafting system so that the players can build another 400 or so items. End result? My ship, the U.S.S. Iowa-B now has souped up weapons! I spent a lot of time crafting those Phasers and Photon Torpedo Launchers, and they were SO worth it! 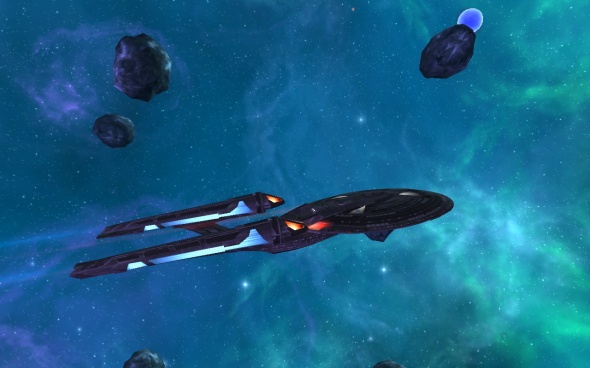 If I may, here’s my usual gaming schedule (always subject to changes):

Hey, it keeps me busy!

Until next time! Keep on playing!

P.S. My ship that you see above is named for the U.S.S. Iowa BB-61, the last lead ship of any class of United States battleships. My grandfather commissioned her in 1943 and served on her during World War II. “The Big Stick” is a source of pride in my family and my grandfather was quite tickled that I named my ship for the Iowa. If you look above, I even got the BB-61 on her somewhere.

P.P.P.S. I’m using Wikipedia links for my references because in the linked articles, there are links to other relevant sources for whatever I’m referencing. This makes things way easier on me and on you, the reader. Enjoy!

EDIT: December 24th, 1:45 AM – I just got off playing some Star Trek Online and the U.S.S. Iowa-B is looking spiffy with the addition of some cool new equipment. My friend and I refer to it as “Tronning out”. Enjoy! 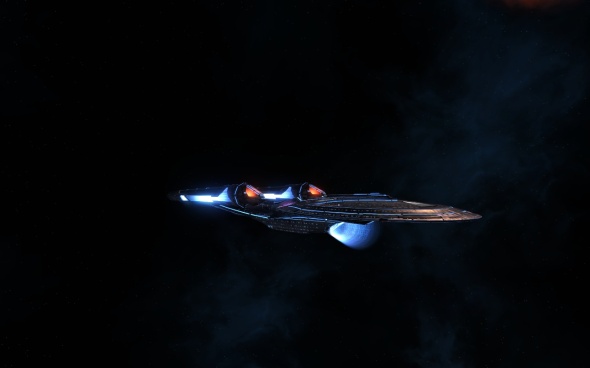 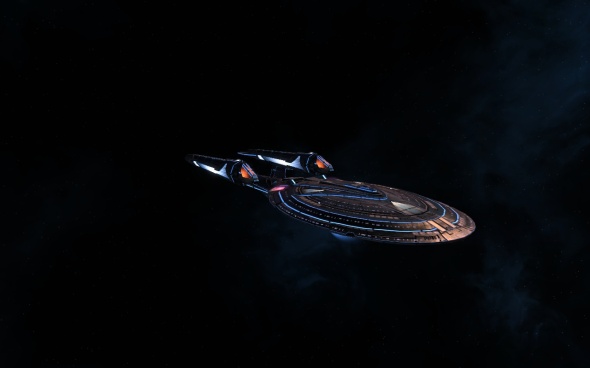 She looks so awesome! Until  next time!